Ask my friends: I love a good book club! A few girlfriends and I started a book club in the tradition of my mother (whose group has been meeting for over 35 years!) and it is one of the highlights of my month.

I also discuss books over email with my cousin who works for Bloomsbury in London. And, most recently (and hilariously), after an exchange of suggestions on deep, soul-catching books, my friend Suzanne and I started another little email book club we ominously call “Heavy Reads”! I suspect that many women visiting here are like me:
I am certainly interested in global issues, and I want to have understanding and empathy for the mass of suffering, poverty, and struggle that takes place in the world. But, it’s not my passion.

I can’t constantly read hard news stories, biographies from the edge, or watch endless tragic movies. This summer, watching a succession of Schindler’s List, The Impossible, and 12 Years a Slave, along with reading The Hiding Place and a book on the Liberian civil war, (as well as following some local, heart-wrenching tragedies), just about did me in!

However, I so appreciate a well-written memoir, non-fiction, or novel that plunges me into a life or a place of which I would otherwise be completely oblivious. Here are a few book picks that will swell your compassion, empathy, and open up understanding of a different kind of life. Pick them up at your library or a bookstore – local or otherwise – to whom you actually want to give your money.

A House in the Sky – Amanda Lindhout with Sara Corbett. A complex, confusing, sometimes violent childhood begets wanderlust begets pushing the boundaries of regular travelers’ destinations begets kidnapping in Somalia. Shocking, tragic, and oh so compelling. She has weaved a beautiful story from her terrible experience, which forces you to feel empathy not only for her, but for her captors as well. 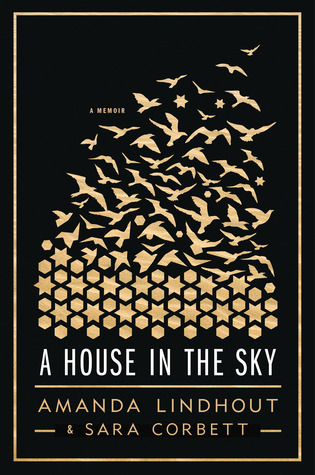 Infidel – Ayaan Hirsi Ali. Back up 30 years prior in Somalia and you can read of Hirsi Ali’s childhood in the cultural climate that gave rise to Amanda Lindhout’s modern story. She tells of her strict, Muslim childhood, civil war, devotion to her religion, and ultimately her rejection and escape.

God Grew Tired of Us – John Bul Dau. Before Reese Witherspoon’s new movie comes out, read this parallel tale of Bul Dau’s heritage in the Dinka tribe of Sudan, his young life as a Lost Boy, and his adaptation to a new life in the United States. For a heavy read, there is great lightness and humour here. The glimpses into his pre-war tribal society are beautiful, as are the traditions he brings to America. 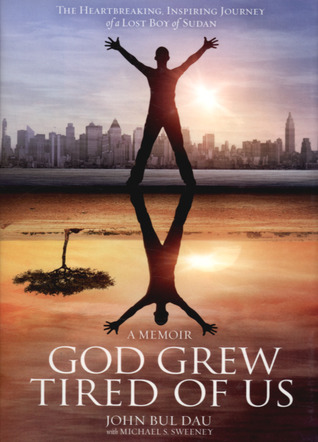 It needs to be added that if you haven’t read The Glass Castle by Jeannette Walls, the world is at an imbalance. Stop whatever you are doing, and go get it, and read it. Now.

A Fine Balance – Rohinton Mistry. Recently, there was a trend on facebook of naming 10 books that had impacted you or were memorable in your life. I saw this book numerous times on many different lists! Set in 1970s India, it follows four different stories, including two tailors, living in a State of Emergency in a bustling city. It’s been many years since I’ve read it, but I do recall it being the first time I had really read of the caste system and what it looked like in people’s lives.

And for the more ambitious, kick it up a notch with Vikram Seth’s A Suitable Boy. Clocking in at nearly 1500 pages, I’m holding out for when I have a bit more spare time… like, retirement. Cutting for Stone – Abraham Verghese. Did I know that Addis Ababa was full of European heritage, like an old world Italian city meets Africa? Did I even know that Italy had held Ethiopia as a colony? Ummm, yes, uh, of course… These revelations were only the beginning of what I discovered in this novel, including a glimpse of what it is like for an accomplished, foreign doctor to work in America (hint: only at the least funded, most crowded hospitals where local interns wouldn’t deign to train).

419 – Will Ferguson. I did not expect this heavy read from sarcastic funny-guy Ferguson. An imperfect, fascinating tale which faced me with the men behind the email scams (“Dear Sir, I am the son of an exiled Nigerian diplomat, and I need your help ...”) and the reality of oil drilling in the Niger Delta. As a reader, you are challenged with the impossible level of injustice in this world, and what some people do to try to rectify it.

The Absolutely True Diary of a Part-Time Indian – Sherman Alexie. Another completely foreign cultural exploration, but this time, on American soil. What is it like to grow up on a Reservation? What is it like to leave the rez and attend school with a class of white farm kids? Like the other books I’ve mentioned, this one features more injustice, more gray areas, more raw, real life. It is technically “Juvenile Fiction”, but this is a must read for every adult. 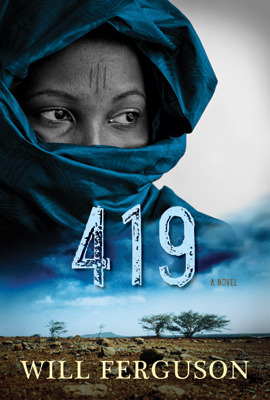 Honorable mention: I recently read Charlie & the Chocolate Factory with my daughter, and had forgotten how raw & real the descriptions are of Charlie’s poverty! It was very healthy for her to hear of a totally regular, relatable boy, who only had a bowl of watered down potato soup to eat a day and walked to school with hunger pangs.

Please, give me some suggestions, too! What are some great books you've read that you would put in this category? Probably one of the best books I’ve read is Glass Castle. I think this is one of those books worth buying. If you have any doubts – read the review https://bookkooks.com/the-glass-castle-book-review/, he forced me to read the book.